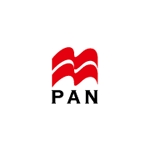 The brothers' publishing talents were not confined to literature. Their vision led to the creation of enduring copyrights such as Nature (1869), the renowned Grove Dictionary of Music and Musicians (1877) and Palgrave's Dictionary of Political Economy (1899).

An ambitious expansion programme was initiated in the late 1960s when Harold Macmillan retired from politics after his term as prime minister and became chairman of the company. Serious academic, educational and literary publishing was followed by significant growth in reference programmes and college textbooks as well as educational and scientific journals. New international opportunities were grasped and publishing operations were set up in Japan, Mexico and the emerging markets of Africa and Asia.

Nowadays Macmillan is one of the largest and best-known international publishers in the world, operating in over 70 countries.