Peter Tosh: the man the music the murder

On a fall night in 1987, three men forced their way into Peter Tosh's home in Kingston, Jamaica. Inside, they drew guns and forced their way upstairs where they confronted Tosh and some friends. Tosh was beaten, pistol-whipped and then shot several times. Five others were shot before the gunmen fled. The victims were rushed to the hospital, but it was too late for Tosh. He died shortly after. Stepping Razor: Red X, the documentary, explores the life of the late Peter Tosh, reggae artist, Jamaican folk hero, prophet and radical political activist. Based on his personal taped diaries, the Red X tapes, the film reveals the inner thoughts of this volatile musician. His closest friends and associates talk about the many sides of Peter Tosh, explaining his fiery career and dramatic death. Archival interviews with Tosh and rare concert footage fill out this picture of the Rasta visionary. (Written by Clint Weiler) 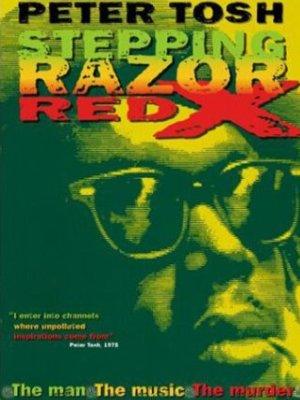