Made in Jamaica is a powerful portrait of the leaders of the reggae music Movement, and how Reggae has become a worldwide phenomenon.

Made in Jamaica is a powerful portrait of the leaders of the reggae music Movement, and how Reggae has become a worldwide phenomenon. The film showcases performances by the best Reggae and Dance Hall artists ever assembled. From their native ghetto to international fame, "Made in Jamaica" is the story of the artists who represent the Jamaican Dream.

The film presents, in order, themes of the Jamaican music :

Crime and violence of the ghetto
The political responsibility
History of Slavery and Colonisation
Legacy of Bob Marley and Salvation trough music
Music, recording studio and thousands of artists
Religion and Rastafarism
Sex and Music
Women and their role
Message of Hope for a better life

It is the story of how a small island nation of only three million people took their pain and misery and turned those emotions into songs that resonate around the world. Reggae is Jamaica's blues: a music of both desperation and hope.

Reggae music sprang into life in the 70's. It was the first time that a third world country had made its voice heard on such a large scale. Instantly recognizable, the reggae sound is a celebration of life itself. Now a new generation of reggae artists has emerged and its fathers are still in Jamaica.

The Dance Hall, emerging from reggae, is drawing large crowds across the globe. At its origin, the Dance Hall concept is heavily influenced by religious overtones. Like rap music, Dance Hall's message is powerful and straightforward, with lyrics about sex, violence, and social issues, including much on women's rights. 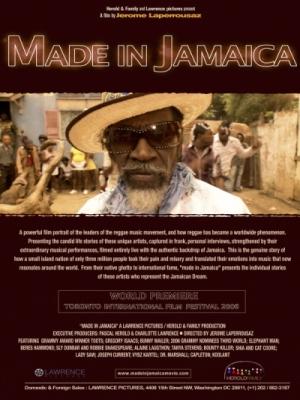