'OnePeople' is a collaborative documentary to celebrate Jamaica in its 50th year of independence in 2012. 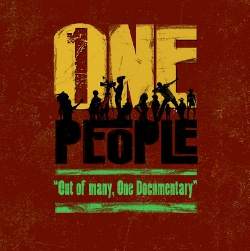 “A user-generated documentary such as this depends on the quality and diversity of the submissions and I hope you will all submit to make this a truly historic documentary to celebrate our island in its 50th year,” says Justine Henzell, producer.

On August 6th, 2011, the question “What does Jamaica mean to you?” was posed with the aim that a global community of creative minded people will respond by uploading a visual representation of their answer to the film’s website.

“We know that our tiny island nation has touched many outside of our country, even beyond our Diaspora, and with this project we will embrace anyone who has ever been moved by a reggae song, enjoyed a plate of ackee and saltfish, been stirred by the words of Marcus Garvey, fell in love watching a Negril sunset or simply has a point of view,” explains Justine Henzell.

A portion of the documentary’s profits will be used to create Jamaica’s first film fund to enable Jamaican filmmakers to tell their own stories in their own voices.

Submissions will close November 6th, 2011 and the picture will premiere on August 6th, 2012, in Miami, Toronto, New York, London and Kingston.