The former member of The Chosen Few passed away this month in Atlanta.

Noel "Bunny" Brown, former member of The Chosen Few harmony group, died on February 4 in Atlanta, Georgia. He was in his late 60s.

The singer succumbed to bone cancer which he had been fighting for some time. In the last three years, Brown revived his career by recording a number of songs produced by Sly and Robbie. 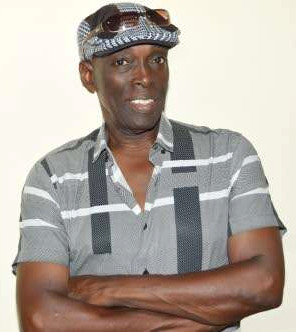 Known for his distinctive falsetto, Brown joined The Chosen Few in the early 1970s. Along with A.J. Franklin (real name Franklin Spence), Busty Brown and Richard McDonald, he was a member of the group's classic lineup that recorded for producer Derrick Harriott.

The Chosen Few were best known for their reggae interpretations of soul songs like Ebony Eyes and You're A Big Girl Now, originally done by American group The Stylistics.

Brown eventually moved to the United Kingdom with the group. There, they worked with Anthony "Chips" Richards, who was a marketing man at Trojan Records.

Richards remembers Brown as "an absolutely lovely guy" who was popular "in and around London."

"They had a dance routine that was second to none. They dressed well, they looked well," said Richards.

The London-based Richards said he last saw Brown at Dunbar's studio in Kingston, Jamaica last year. He previously spoke to him by phone six months ago.

Some of Brown's previous recordings were covers of Prince's Purple Rain and Police And Thieves, originally done by Junior Murvin. Both were produced by Sly and Robbie.