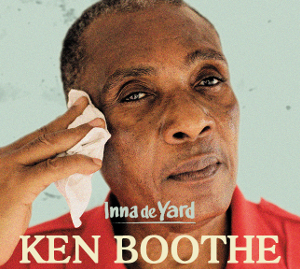 Along with several other reggae veterans Jamaican vocalist Ken Boothe was featured on Inna de Yard's comeback album The Soul of Jamaica, released earlier this year. His two cuts on the album – Let the Water Run Dry and Artibella – were among the best cuts on the set.

Now Ken Boothe has teamed up with Inna de Yard for a brand new full-length album scheduled for release on November 10. The first single off the set is a heartfelt and dramatic rendition of his Speak Softly Love, originally released more than four decades ago.

On the upcoming album Ken Boothe reinterprets some of his most beautiful songs in an acoustic style, and these new versions were recorded outdoors on the heights of Kingston.