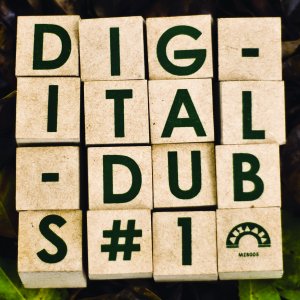 Brazilian steppers duo Digitaldubs re-releases their fourth album titled '#1', originally put out exclusively in Brazil as a very limited edition CD. Some of the tunes have previously been released on 7” and on digital platforms. Some might recognize riddims such as 30 Head.

Their fourth album hits the streets as CD, LP and digital download on August 30th.