Never Give Up by Leroy Sibbles

Never Give Up by Leroy Sibbles

Leroy Sibbles has just recut his song Never Give Up for Timeless Records.

The French brand new label Timeless Records strikes hard with its first release! They've teamed up with Jamaican roots singer Leroy Sibbles to produce the roots version of Never Give Up. This digital classic was first released in the late 90’s on the Record Factory label. It became very popular after being regularily played by the UK's Entembe and Aba Shanti I sounds. 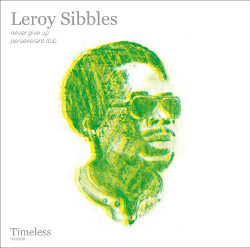 "The collaboration with Sibbles was born after we released Blood in The Streets on my label Kingston Connexion" said Jacques Golub, owner of Kingston Connexion and sister label Timeless Records. "The originality of this new 12’’ is in relicking a digital cut into roots whereas we usually do the opposite".

This new release launches his new label dedicated to the roots foundation and Jamaican legends: "Timeless is also a label for all good things that will never die, like talents, artists who reached the status of legends, and simply…Love," explained Jacques on the jacket of the vinyl that details the message and purpose of the label. "The love they gave to their works is equal to the time thy spent on it (…)".

Never Give Up backed by Perseverant Dub is now available on 12’’ at all good reggae dealers. Only 500 copies pressed!