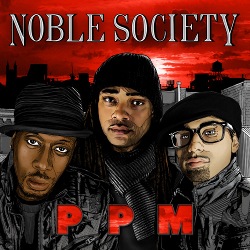 But Jahdan Blakkamoore is also part of Noble Society, a hip-hop/reggae group based in New York City. Their diverse debut album 'Take Charge' was put out in 2008, and three years later they are all set to drop the follow-up.

The first single For Life is currently available on Youtube and the album hits the streets on October 21st through French label X-Ray Production.