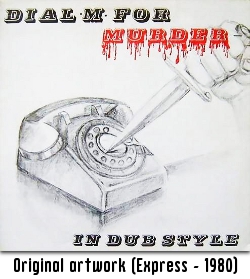 Acclaimed reissue label Pressure Sounds will reissue the Phil Pratt produced album 'Dial M for Murder in Dub Style', initially released in 1980 and recorded at Channel One with The Revolutionaries. This is the third Phil Pratt album reissued by the label.

The vinyl release contains the same tracks as the original album, while the CD includes five bonus tunes. It is expected to hit the streets in early November through the Pressure Sounds website. It’ll be available through other retailers on November 28th.