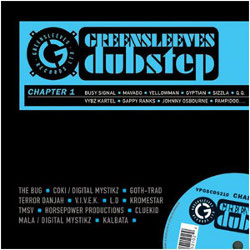 Last year Greensleeves Records announced that their back catalogue was to get the dubstep treatment by a number of acclaimed producers from this bass heavy genre. The first release was a remix of Yellowman’s classic 'Zungguzugguguzungguzeng' by Horsepower Productions followed by remixes of Busy Signal, Mavado and Ding Dong.

Now it’s time for the next step – 'Greensleeves Dubstep: Chapter 1'. This 14 track album contains remixes from producers such as The Bug, Coki and Mala of Digital Mystikz, Goth-Trad and Terror Danjah.

They mix up some of dancehall’s most popular anthems from leading contemporaries Vybz Kartel and Gyptian as well as veterans Yellowman, Barrington Levy and Admiral Bailey.