Alborosie will tour Europe in November. 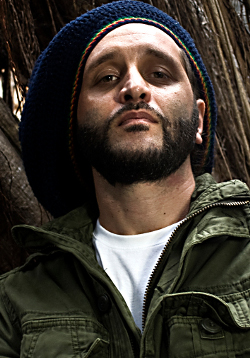 Italian-born Jamaican-resident Alborosie won the MOBO Award – a European awards show to celebrate urban music – for Best Reggae Act on the event that took place on October 5th in Glasgow, Scotland. Last year the prize was awarded to Gyptian.

Among Alborosie’s contestants were Khago, Mavado and Damian Marley & Nas. Jah Cure was also nominated, but was disqualified due to his previous conviction of rape, gun possession and robbery.

Among the other winners was Adele for Best UK R&B/Soul Act and Rihanna for Best International Act.

Following the release of Alborosie’s third album '2 Times Revolution' – released in June 2011 – he heads out for his second European tour this year.

The 14 date tour kicks off in Hérouville Saint Clair in France on November 15th and finishes on November 30th in Portugal’s capital Lisbon.