The 'secret weapon' of Tiger Records makes his debut. 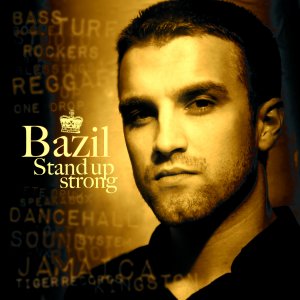 'Stand Up Strong' is the debut album from the impressive French born globe-trotting Bazil who has linked up with the venerable Sherkhan and Tiger Records to build quite an interest in his most unique abilities. The album follows several very strong singles, including the recently released Dem Fallin', Don't You Stop, Celebrate and Critical Situation , which have shown Bazil to be a very colourful addition to the Reggae community and on the full album he seems poised to establish his as an even further reaching type of talent.

Besides the aforementioned tracks, the album also features a slew of potentially big tunes such as Nuh Fraid A Dem, the title track, Walk and others. Tiger Records is really near the top of things when it comes to production and actual musicianship, so you can well expect the music throughout to be world class.

Bazil is still very much a mystery to Reggae fans these days - Get to know him better by picking up his debut album, 'Stand Up Strong' - In stores now.