Jah Van I's Down A Yard

Jah Van I's Down A Yard

Royal Warrior Muzik and the Jamaican singer team up again to great success. 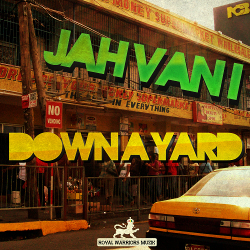 The always impressive Jah Van I is back at work with Royal Warrior Muzik from out of Martinique on a heavy new single which is currently available, Down A Yard. The singer has an extensive history doing big material with the label and this latest release may just be the crowning jewel of that musical union. The old school vibed track is a sublime social commentary which really showcases Jah Van I's sterling vocals as well as his strong lyrical ability, perhaps like never before in both cases.

Reportedly there's an album in the works from Jah Van I for Royal Warrior Muzik which would be really interesting. Until then, check out the digital single release for Down A Yard, which also includes a dubbed out version of the riddim, a backing version of the track and an instrumental as well - in stores now.