Who Dem A Program by Protoje

Who Dem A Program by Protoje

It took Jamaican singjay Protoje about seven year to finish his debut album 'The Seven Year Itch', which was released in early 2011.

Now – only a year after – he is set to drop his sophomore album 'The 8 Year Affair' also produced by Don Corleon. Its first single Who Dem A Program unleashes Protoje in a serious militant style over a dubby riddim.

Who Dem A Program is also said to set the tone of the album and reveals a brand new side of this upcoming singer. 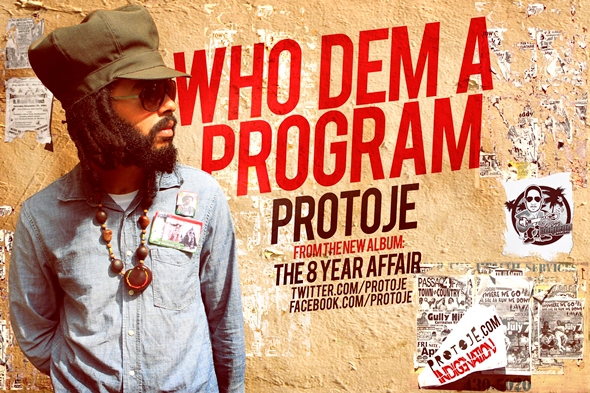