In Awe by Midnite

In Awe by Midnite 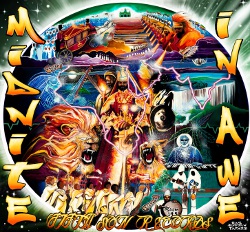 Their newly recorded studio album 'In Awe' features ten tracks with Vaugn Benjamin on lead vocals and Juaquin Wilson on bass and production.

'In Awe' is Midnite’s fifth release on Fifth Son Records, and their second album distributed through reggae giant VP Records.

"This new album is yet another authentic piece which captures the melodic sound of true roots music at its best and with Midnite’s management and Vaughn’s support we will continue to offer Midnite’s music to a wider audience worldwide,” notes VP Associated Labels Group’s Director, Donovan Williams.

'In Awe' is scheduled for release tomorrow.