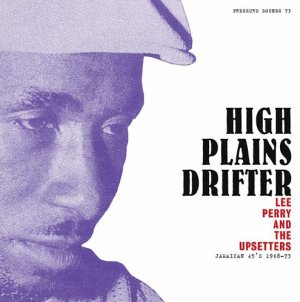 British reissue label Pressure Sounds is back with yet another album dedicated to the works of Lee “Scratch” Perry.

The previous releases have mostly been focused on his 70’s period at his Black Ark studio, but the new compilation rather covers his early days.

'High Plains Drifter' contains 20 tracks and pulls together undocumented Jamaican singles along with one dub plate spanning 1968 to 1973. It showcases his spaghetti western influences that could be heard in a tune such his UK top 5 hit Return of Django.

The album comes in a single CD format and double vinyl LP – both includes all the tunes – with the usual high quality packaging and liner notes by Lee Perry aficionado Jeremy Collingwood.