Takin The Strain by Talisman

Takin The Strain by Talisman 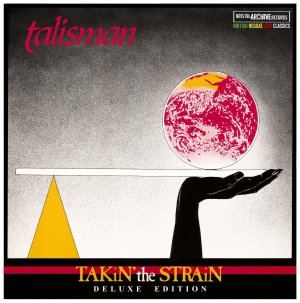 Bristol Archive Records is set to reissue Talisman’s first album 'Takin’ the Strain' on March 5th. It was originally issued in 1984 on the small independent label Embryo, and was the culmination of a long musical journey as this British band had existed in various guises since 1976.

The reissue contains the original nine tracks enhanced by the addition of five live cuts recorded at London's Lyceum in 1985. The live performance boasts four tunes from the original album and a live version of Slow Poison, a track that didn't make it onto the original issue.

'Takin’ the Strain' hits the streets as CD and digital download. The physical version comes with a booklet with archive images and extensive sleeve notes based on the recollections of lead vocalist and guitarist Dehvan Othieno Sengor.