The label will release a 12" EP by AMJ Dub Collective. 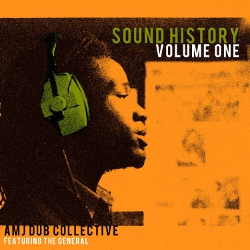 After more than 25 years in the business the label is now being rebranded to focus on releasing new British reggae music.

The initial release is 'Sound History Volume One' – a four track limited edition 12” EP by AMJ Dub Collective, a band whose members have deep roots in Bristol’s musical heritage, and some have previously been members in Zion Band, Restriction and the Bristol-based sound system Enterprise.

'Sound History Volume One' comes with a picture sleeve and hits the streets on digital download and vinyl on April 23rd.