The Ethiopian by Leonard Dillon

The Ethiopian by Leonard Dillon

Posthumous release of new album from The Ethiopian. 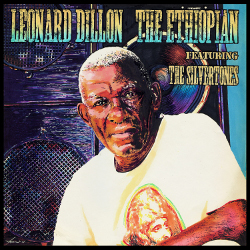 With the untimely death of The Ethiopians lead singer Leonard Dillon in September last year another iconic vocalist would never to be heard again.

But surprisingly enough Leonard “The Ethiopian” Dillon was working on a new album, an album now set for release on U.S. label Young Cub Records.

The album is titled 'The Ethiopian' and was recorded together with veteran Jamaican harmony group The Silvertones and also features members of John Browns Body and 10 ft. Ganja Plant. The production was handled by Craig “Dub Fader” Welsch, who has previously worked with The Aggrolites, State Radio and John Browns Body.