Kenyatta 'Culture' Hill gets the torch

Kenyatta 'Culture' Hill gets the torch

The son of Joseph Hill releases his first album on Tafari records. 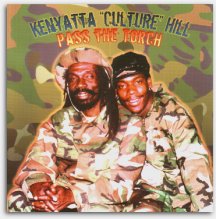 After his first single Daddy, in tribute to his father Joseph ‘Culture’ Hill passed away in 2006, Kenyatta Hill comes with his first album released on December 2007 on Tafari Records. Pass The Torch features Kenyatta’s own compositions with seven unreleased songs by his father.

Kenyatta began to sing when his father died in Germany while a live tour where he was the sound engineer. He finished the concerts alongside Albert Walker and Telford Nelson as the lead vocal singing Culture's hits.