Crucial as usual from Frenchie.

In November 2010 Maximum Sound producer and owner Frenchie launched a new label called Calabash for roots and steppers, a different branch compared to his usual output.

Another four 10”s were put out recently. This time it’s Russ Disciples together with Dougie Wardrop that have given Frenchie’s Dunza 2010, The Session and Matches Lane riddims the steppers treatment.

The riddims comes with dub versions and are of course heavy as lead with pulsating bass lines and nightmare-infused echoes and effects.

The 10”s are released as limited edition so be quick and grab your copy, because these are on fire. 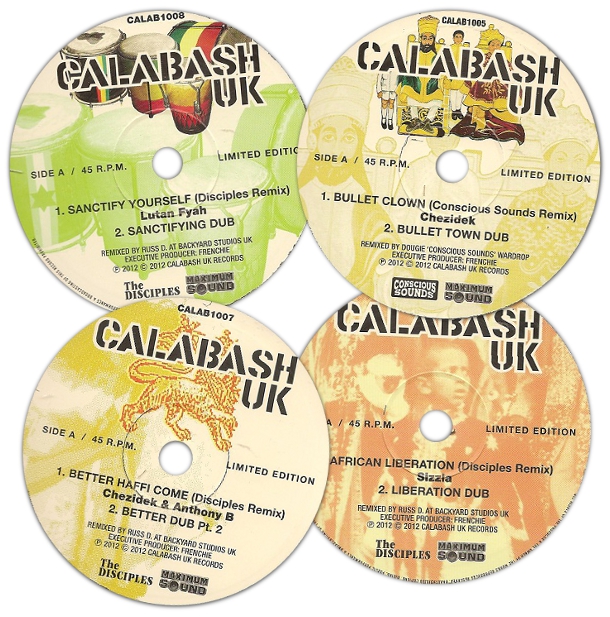