The new double disc version includes the original ten tracks along with 17 other cuts including dub versions and the previously unreleased dub to I Broke the Comb. 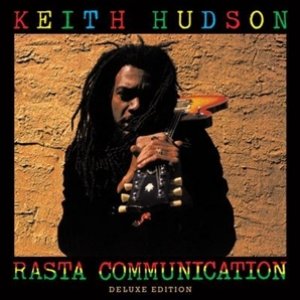 In addition all four sides of the two non-album Greensleeves Keith Hudson 12” singles, as well as the two rare Jamaican single mixes of Rasta Country and Jonah, are making their CD debut. Sleeve notes are courtesy of reggae historian Harry Wise.

'Rasta Communication' was recorded at Randy’s, Channel One and Chalk Farm with a final tweek from Prince Jammy at King Tubby’s. The album also featured a top line up of Jamaica’s finest musicians including Aston “Family Man” Barrett & Carlton Barrett and Sly & Robbie.