Greensleeves reissues this dancehall gem originally released in 1982. Due out for February.

A new reissue on Greensleeves records label with the release of Joker Smoker by Triston Palma a.k.a Tristan Palmer. This album -originally released in 1982- was produced by Jah thomas and recorded at Channel One studio in Kingston, Jamaica. 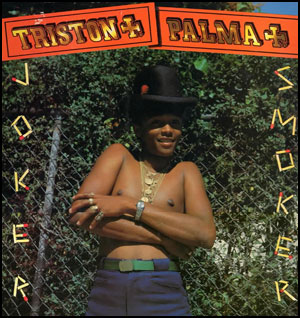 In addition to the 10 original great songs backed by the Roots Radics, this set features four bonus tracks including three songs issued from the 1982 Show Case album and the Joker Smoker 12'' version. A great reissue which will delight dancehall fans.