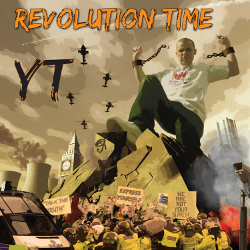 UK reggae and dancehall star YT, labeled by legendary selector and radio DJ David Rodigan as “an original and inspiring social commentator”, has announced the release of his third album on July 16.