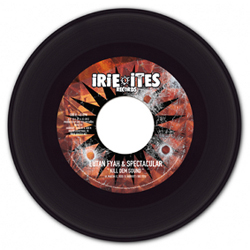 Four years ago French production crew Irie Ites dropped an acclaimed relick of the mighty Stop That Train riddim voiced as a combination by Lutan Fyah and Spectacular.

Now they have decided to voice another set of artists on the same riddim. Three 7” hit the streets in early August. These are voiced by General Levy, Sizzla, Deadly Hunta, Ward 21 and Skarra Mucci & Perfect. Most of the tracks have soundbwoy themes with titles such as Dead Tonight, Dub Murda and Dubplate Spillin.

A one riddim compilation will be put out in October featuring exclusive versions from Columbo, Perfect and Tony D.