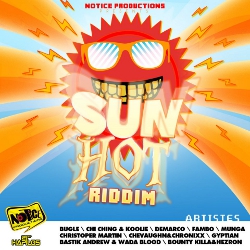 Jamaican Notice Productions – with its head Wayne 'Unga' Thompson – scored big time earlier this year with Busy Signal’s Come Over (Missing You) on their Heart & Soul riddim. Busy Signal’s album 'Reggae Music Again' – for which Come Over was the first single – has been widely praised by critics and fans worldwide.

This one riddim compilation is now available via iTunes and other digital platforms.