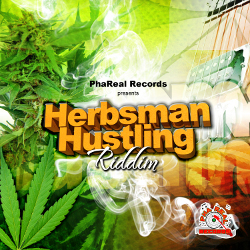 This bass-fueled riddim is voiced by 18 artists and features veterans in the likes of Trinity, Clancy Eccles, Dillinger and Junior Tamlin as well as newer generation reggae crooners such as Thrilla U, Tréson and Tenor Star.