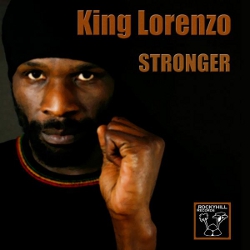 Jamaican singer Lorenzo’s debut album 'Movin’ Ahead' was preceded by a number of strong singles produced by French production crew Irie Ites, a crew responsible for the full album.

Three years have passed since 'Movin’ Ahead' and now Lorenzo – today he calls himself King Lorenzo – has dropped its follow-up 'Stronger'.

It collects 13 tracks produced by Ruff Cut and Nereus Joseph and also includes duets with the latter along with veteran deejay U Brown and King Lorenzo’s brother Clifford “Fyah” Henry.