In The Chamber Of Dub by General Levy and Joe Ariwa

In The Chamber Of Dub by General Levy and Joe Ariwa

Joe Ariwa introduces General Levy to the chamber of dub. 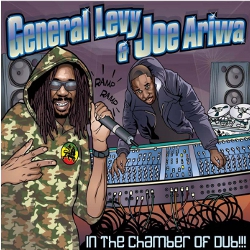 Mad Professor’s son Joe Ariwa – who has been increasingly involved in the dub mixes coming out of the Professor’s Ariwa Studio within the last few years – has joined forces with veteran UK fast chatter General Levy on the new album 'In the Chamber of Dub'.

The set is a showcase style album where every track is followed by its dub companion. It includes tough re-cuts of riddims such as Zion Gate and Conquering Lion along with heavyweight deconstructions with lots of echo and reverb.

'In the Chamber of Dub' is now available on CD and on digital platforms.