Torch Of Freedom by Keith Hudson

Torch Of Freedom by Keith Hudson 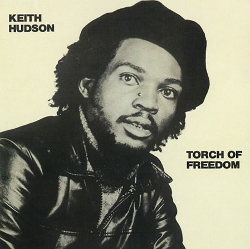 Cherry Red Records the label which has brought us the Pressure Sounds and Phoenix City imprints has just added a new one to its roster by the name of Hot Milk. This imprint is to be dedicated to re-issuing lost and hard to find roots reggae, dub and dancehall albums from the golden age of Jamaican music and its first release is Keith Hudson’s ‘Torch Of Freedom’.

Hudson released many fine and innovative albums in his short life time including 'Pick A Dub', 'Flesh Of My Flesh, Blood Of My Blood' and 'Playing It Cool, Playing It Right' and again on here The Dark Prince Of Reggae shows his unique sound and vision as both an artist and a producer.