February is Reggae Month in Jamaica!

Since 2008 the month of February has been celebrated as Reggae Month in Jamaica and this year will be no different. Prior to February being celebrated as Reggae Month, it was already a key month on the reggae calendar as Jamaicans recognized Black History Month.  Additionally, February is the birth month of the Crown Prince of Reggae, Dennis Brown (February 1st) and the King of Reggae, Bob Marley (February 6th). 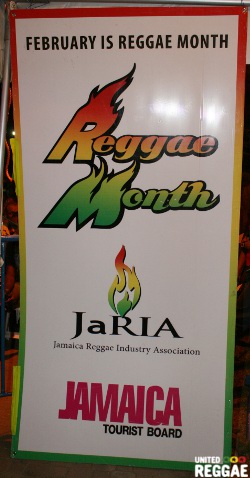 The Jamaica Reggae Industry Association (JARIA), The Jamaica Tourist Board (JTB), CHASE Fund and other industry players have scheduled a number of events to take place in the island over the entire month of February.

On the 3rd of February, The Dennis Brown Foundation will stage the annual Dennis Brown Concert on King Street in Downtown Kingston. Among those scheduled to perform at the concert are Ken Boothe, John Holt, Ras Michael and the Sons of Negus, Dean Fraser and several more. Every Wednesday for the month of February, patrons will be treated to a free concert at the Emancipation Park with different themes at each concert. On February 6th the theme is ‘Mento to Marley’, on February 13th which is Ash Wednesday, there is the expectation that the public will be out all day, as such, there are two concerts with different themes; ‘Reggae Praise’ at 2 p.m. to 6 p.m. and ‘Voices’ from 6 p.m. to 10 p.m. The theme for the concert on February 20th is ‘Progressions’ which will have several acts of different generations. The closing show on February 27th promises to be the big one with two themes for that night as well, titled ‘Reggae Gone Global’ and ‘Reggae Runway’.

On Saturday, February 23rd the JARIA Honour awards will take place at the Emancipation Park. The awards will see industry players receiving awards in various fields including but not limited to Song Writing, Producer, Engineers and Sound System. A few of the awards will be given posthumously. On February 14th, 15th and 16th The University of the West Indies (UWI) have also planned a series of lectures to take place at the Annual Bob Marley Lecture on their Mona campus.

‘Uptown Mondays’ which is held on a weekly basis will continue at Savannah Plaza. The "Groundation" Series will be held at the Institute of Jamaica on February 3rd and 24th and the 12th Tribe of Israel will celebrate their 45th anniversary on February 25th.

Heineken Startime which was last staged in 2006 will be returning on February 16th to fill the vacuum created for live vintage performances when the last show was held. The event is now called Startime with Wray & Nephew White Overproof Rum as headline sponsor. For several years the Heineken Startime Series was regarded as the premium showcase of vintage performances. This show will be held at the Liguanea Club and will feature John Holt, Ken Boothe, Marcia Griffiths and Lloyd Parks & We the People Band.

The events held at Emancipation Park on a Wednesday night, The Dennis Brown concert and the JARIA Awards ceremony will all be streaming live on www.jariajamaica.com.
Additionally, The Real Rock Show on Bess FM and several other local stations will be having several special features throughout February to celebrate Reggae month which has grown beyond the local Jamaican shores. An indication of Reggae month’s popularity was demonstrated last year when journalists from France (a major reggae market), visited the island in February, specifically to experience Reggae Month. Journalists from other countries are expected to visit this year as well. With the numerous and varied activities planned, it is fair to assume that a growing number of journalists and visitors will make this an annual event.