Roots Survival team-up with a roster of topnotch artists. 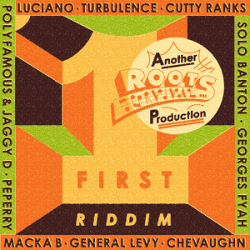 Fans of the Protection riddim will probably like this new production since it’s basically a live instrumental counterpart.

This rootsy sounding riddim is voiced by a number of Jamaican and UK greats, including Luciano, Turbulence, Cutty Ranks, General Levy and Macka B.

The First Riddim is now available on digital platforms.