As part of Reggae Roast’s on going 5th birthday celebrations they have announced the release of a new T shirt and print that has been inspired by both classic and current offshoots of Reggae as a genre as well as highlighting Reggae's influence of many other musical forms both new and old such as Roots, Dancehall, Steppers, Jungle and Dubstep. The shirts are priced at £24.99 with prints at £35, plus p&p and both are available now from the Reggae Roast online shop. 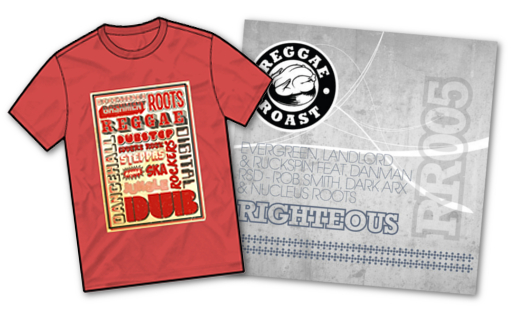 The label are also offering a free download of the RSD Dubstep Remix of ‘Righteous’, that was originally released in 2011 and featured the MC Danman riding over a hard hitting steppers riddim track which is available for your listening pleasure at Soundcloud.