Milton Henry, Roberto Sanchez and Iroko Records Team Up For A New 12''

Milton Henry, Roberto Sanchez and Iroko Records Team Up For A New 12''

Listen to two tracks from their forthcoming album due in September.

This time it is not a reissue but a new collaboration between Northern Spain’s retro roots master Roberto Sanchez and Greenwich Farm reggae scene veteran Milton Henry.

All three tracks were voiced by Henry at the legendary Bullwackies studio in Brooklyn for Lloyd Bullwackie Barns, over rhythms laid by Sanchez’ Lone Ark Riddim Force in Santander. 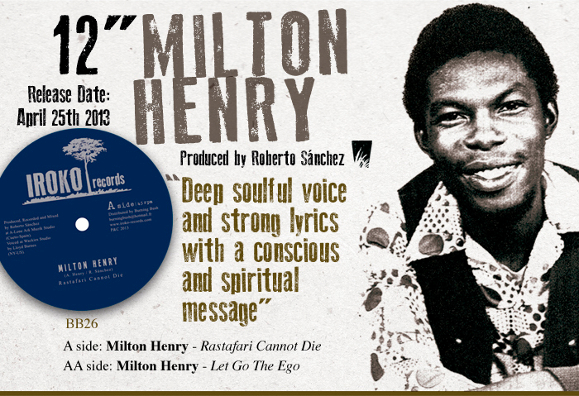 According to Iroko Records “This 12 inch will announce forthcoming Milton Henry's showcase album planned for September 2013.” Fans of Sanchez’ 2010 project with Earl Zero 'And God Said To Man', could be in for a follow-up of sorts.

Rastafari Cannot Die/Let Go The Ego is out on April 25th..