Eek A Mouse Most Wanted

Eek A Mouse Most Wanted

Greensleeves continues to reissue its 12" on CD with a new set dedicated to Eek A Mouse. 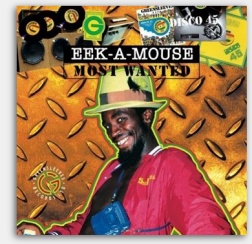 Fourth release on the Most Wanted series from Greensleeves records with Eek-A-Mouse - Most Wanted due out for the 3rd of March 2008.

This 12 tracks compilation features some of Eek-A-Mouse most famous songs released as 12 inch in the 1980’s. This compilation will be only available on CD and includes classics tunes as Wa Do Dem, Teacher, Terrorists In The City or Noah’s Ark. A good way to get crucial songs from one of the best Jamaican deejay !