Young, Gifted and Yellow by Yellowman

Young, Gifted and Yellow by Yellowman

Yet another compilation of Yellowman material.

Yellowman – Jamaica's first dancehall superstar – ushered in a new era in reggae music. His early 80s success brought the popularity of deejaying to a new, more melodic, level and helped establish dancehall as the wave of the future. 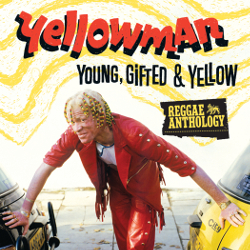 The two CD collection features 40 remastered tracks of both classic and obscure material throughout Yellowman's prolific career, including his early 80s breakthrough hit Mad Over Me along with immortals like Operation Eradication, Zungguzungguguzungguzeng and Nobody Move Nobody Get Hurt, sampled by the U.S. hip-hop artist Eazy-E for his Nobody Move.