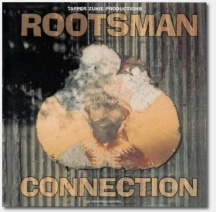 Here’s a compilation as we like it! The Rootsman Connection reissue will be available in February 2008 on Kingston Sounds  and features five bonus tracks as the deep Morgan The Pirate from The Mighty Diamonds featuring Tullo T or the excellent Leaders Of Black Countries from The Vibes Tone.

This 15 tracks compilation originally released in 1979 strictly features veteran roots singer vocal cuts as Fret Not Your Self by Bah Wisdom, Easy Come Easy by Horace Andy or Jah Jah Say by The Seekers, all produced by deejay Tappa Zukie on his own Stars label.