Be Strong by Midnite

Be Strong by Midnite

Midnite urges you to be strong 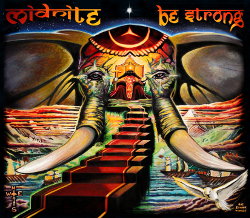 VI trailblazers Midnite’s third album in 2013 is titled 'Be Strong' and will hit the streets on CD and digital download on 14 May. The sets already released in 2013 are 'Free Indeed' and 'Children of Jah Dubs', the dub counterpart to their album 'Children of Jah' released last year.

The initial single from the new album is the title track and it offers the usual slow, raw and heavy roots that Midnite is known for.