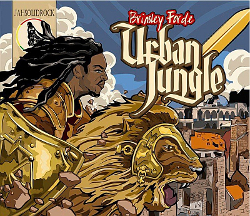 For some years there have circulating rumors about a debut solo album from Brinsley Forde from UK outfit Aswad and now the album, dubbed 'Urban Jungle', is finally set for release.

'Urban Jungle' is produced by Not Easy At All Productions from the Netherlands. This crew has previously been responsible for acclaimed JahSolidRock sets from Chezidek, Earl 16 and Apple Gabriel from Israel Vibration.

'Urban Jungle' is set for release on 22 July. The first boasting and summery single Can’t Stop Me Now is already out. It’s accompanied by no less than six remixes in a number of different styles – dub, hip-hop, house, reggaeton and dubstep are some of the sounds.

If you’re keen hear more from the album you can head over to Brinsley Forde’s Soundcloud.