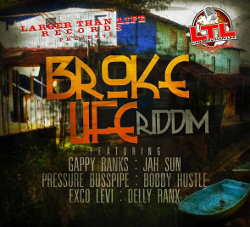 Journey of a 1,000 Miles was featured on Jah Sun’s freshly released album 'Rise as One', and was then released as the first single from U.S. based Larger Than Life Records’ new riddim Broke Life.