Jah Rules Over All by Matthew Greenidge

Jah Rules Over All by Matthew Greenidge 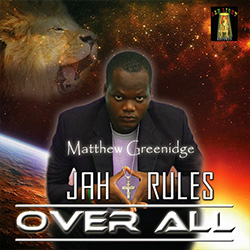 Matthew Greenidge, a rising reggae singjay from Trinidad, has just released his twelve track debut album Jah Rules Over All, a set that includes combinations with Gyasi, King Solomon and Queen Omega.

In a press release the album is described as an organic mix of contemporary riddims and live instrumentation. It features productions from Trinidad and abroad, such as Jahlight Records (Trinidad), One Harmony Records (UK), Flow Production (Switzerland) and Studio 53 (Trinidad).

"I really learned how to exist with purpose through reggae music," says Matthew Greenidge in a press release. Jah Rules Over All is available on CD and digital platforms.