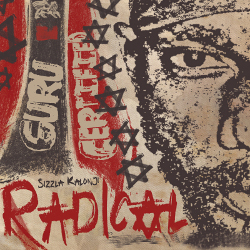 Radical drops on April 15 and is one of Sizzla’s three albums during the first four months of 2014. It’s a VP Records compilation of rare and previously unreleased material produced by the late Philip “Fattis” Burrell between the early 90s and 2000s.

This great producer worked with Sizzla during his formative years and helped to create some of the prolific singer’s best work to date, including Praise Ye Jah, by some regarded as his breakthrough album.