The Life I Live(d) by Hezron

The Life I Live(d) by Hezron 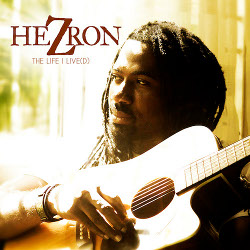 Later this month soulful Reggae vocalist, Hezron, is set to deliver the very first album of his career, "The Life I Live(d)". The album has been rumoured in the works for years and, now that it is loaded and ready to go, it's clear why it has taken so long. The album is spread across two discs and TWENTY-SIX tracks featuring some of the artist's biggest and most well known selections to date and it, unsurprisingly, comes via the ever-present and ever-ambitious Tad's Records. Armed with one of the most amazing voices the genre has ever heard, Hezron has spent the last few years growing a very faithful fanbase and drawing comparisons to the likes of Beres Hammond. And, obviously, it's still in his mind to continue to make impacting moments and he couldn't have chosen a more compelling way to do so with his debut. Featured are well known pieces such as the very appropriate Two Places, alongside Shaggy, So In Love, Forever and Always, the nude-inspiring Take Your Clothes Off, the album's first single, Can't Tek Di Pressure and... more than twenty other songs. The legendary Mutabaruka also guests.

Apparently Hezron can be in two places at one time and he'll do it on May 27 when his debut album, "The Life I Live(d)", releases on Tad's Records.