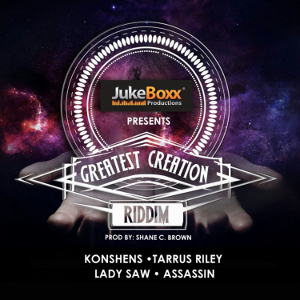 This hard hitting riddim is voiced by no other than dancehall don Shabba Ranks along with Tarrus Riley, Lady Saw and Konshens. According to a press release it has been more than a decade since Shabba Ranks voiced a riddim in a Jamaican studio.

Welcome back Shane and Shabba!