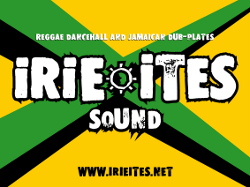 When French label and production crew Irie Ites celebrates 15 year anniversary they take the opportunity to release their 15th riddim, a riddim full of summer vibes.

Soulful Spirit is a modern hip-hop-influenced riddim based around a sample from an old soul song, also interpreted by Sharon Jones.

In a press release the riddim is described as dynamic and danceable, smooth as a summer breeze, perfect for summer nights and parties.

The riddim has been voiced by a bunch of great artists who have worked close to Irie Ites for many years, such as Perfect, Spectacular, Chezidek, Skara Mucci and Sizzla. But several lesser known artists also grab the microphone, including Jr.Yellam, Sugar Kawar and Papa Style.

Soulful Spirit hits the streets in mid-June on 7“ via Irie Ites web shop and in mid-July as digital download via all major platforms.