New single from reggae band The RasItes out on Mad Professor’ Ariwa label. The 7’’ features 2 great songs - unfortunately without their versions - from one of the best reggae band of the british scene. First, the beautiful Ithiopian Queen produced by Bobby Digital followed by One World produced by Dean Fraser. Both tunes are issued from The Rasites’ new second album Sex, Violence and Drugs officially released in January on Ariwa imprint. 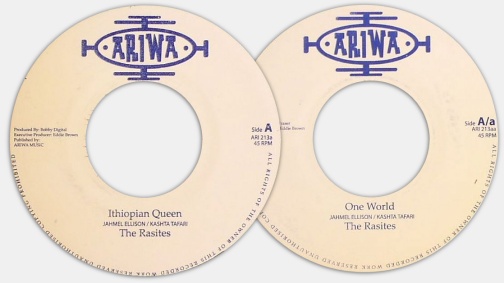