A blue plaque in London for the Cimarons

A blue plaque in London for the Cimarons

Pioneering UK reggae band honoured at the community centre where they formed. 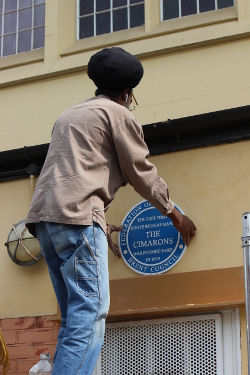 The Federation Of Reggae Music – led by the singer Delroy Washington – have affixed blue plaques in memory of Dennis Brown and Bob Marley at houses where they resided in North West London.

On Saturday 12th July it was the turn of England’s first home-grown roots reggae band the Cimarons.

They were honoured by the historic marker at the Tavistock Youth and Community Centre in Harlesden – where the group came together in 1969.

The plaque was unveiled by the Mayor of Brent, Bobby Thomas. Cimarons members including Locksley Gichie, Leslie Gunter, Carl Lewinson and Winston Reedy were in attendance. 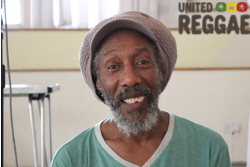 Blue plaques have been used to commemorate famous people in London since the 19th century.