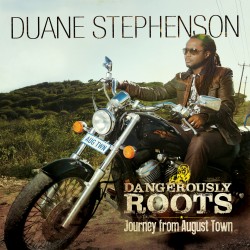 Jamaican singer Duane Stephenson is set to drop his third album, and the follow-up to his Black Gold set, released in 2010. This slick and passionate singer is probably best known for his excellent single August Town, which was taken from his debut solo album From August Town, put out in 2007.

Dangerously Roots - Journey from August Town will be available in stores in late September. The first single off the album is a cover of Bunny Wailer’s Cool Runnings. In the retro-flavored video Duane Stephenson pays tribute to the original artist. Check the smooth grooves below.