Second edition of the Dub Fest in France.

From August 14 to 16 the second edition of the Dub Fest will take place in France, at Gourgé.

Note that in the first edition, it was the first festival fully dedicated to the culture of sound system, so no stage there.
During the three days of the festival there will be 8 sound systems spread in two arenas.

A lot of French artists will be present, including a lot of sound system activists of the French dub scene as Shamani Sound System (Festival organizer), Lion Roots Sound System but also groups such as Ackboo, the MC S'Kaya, Barbes D, Clem Umoja, Miniman. 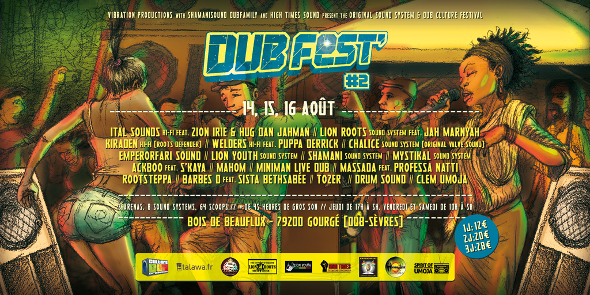